We kick off the show with J.D. Martinez…who became a Dbacks legend in only 65 games.

Maybe legend seems a bit extreme, but take a look at the numbers:

And that’s it, only 65 games, because he signed with the Red Sox.

As much as I held out hope that the Red Sox lost him by reportedly offering him a low-ball offer, I knew it would be a miracle for him to come back.

I guess J.D. is kinda like a girl who is out of your league, but you made her laugh, and somehow won her over for a few months.  She eventually leaves you for a guy in tech…but at least you guys will always have those 65 games in 2017. 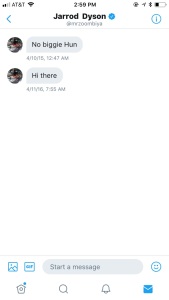 (10:15) After the J.D. aftermath, the Dbacks signed Jarrod Dyson, and I have a good sliding into DMs story about the newest Dback.

(12:35) NBA All-Star break blues have set in.  No NBA games for an entire week. I’m barely surviving.  David gives his NBA hot takes for the second half of the season and we give our picks for who will win the tank-a-thon.

This site uses Akismet to reduce spam. Learn how your comment data is processed.